The Long-Term Supply Of Copper Is Tight

China and the United States began to implement a new round of tariffs and the US dollar's rise. The overnight copper fell by $46, domestic copper imports were limited, and the long-term supply outlook of copper mines was relatively tight.According to sources, a study by the Chilean Copper Industry Council Cochilco shows that a series of bills aimed at protecting Chile's glaciers may eventually suspend five mining expansion projects, affecting copper mining projects such as Los Pelambres.

If these projects are forced to terminate, Chile's copper production in 2030 will be reduced by about 300,000 tons; Chinese copper imports in July fell by 26.8 % year-on-year to 210,000 tons. Although the monthly ratio slightly increased, imports of used copper were limited, while the long-term supply outlook of domestic copper mines was relatively tight. To a certain extent, the pressure on hedging smelting capacity was concentrated, and copper prices were short-term. or continue to shake.

Next: Trade War Is A Cordial For Chinese Metals 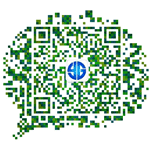